← more from
Original Cultures
Get fresh music recommendations delivered to your inbox every Friday.
We've updated our Terms of Use. You can review the changes here.

Beats For The Road To Essaouira 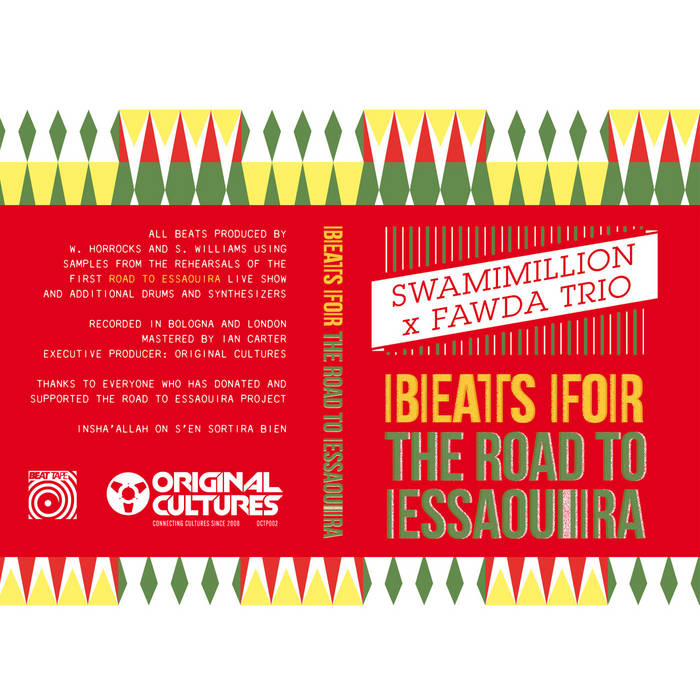 In September 2013, London's SwamiMillion (aka LV) met Bologna's Fawda Trio for the first time. Over the course of a week the two groups worked together on a one-off live show that blended their own unique musical approaches: electronic productions with jazz-gnawa fusion. The result was a successful first show, held in the historical confines of Bologna's Academy of Fine Arts.

One year later, the two groups met again. This time in Essaouira, Morocco, where they spent a week to record material for an album. What shape that album will take is as yet unknown.

In between those two events SwamiMillion used recordings of the rehearsals from Bologna to create a beat tape, the quintessential format of consumption for musical ideas in an age where electronic music and hip hop rules.

The beat tape was written using solely samples from the rehearsals and additional drums and synthesizers. No presets, no templates, no bullshit.

For more information on the project visit www.originalcultures.org/road-to-essaouira/

All beats produced by S. Williams and W. Horrocks using samples from the rehearsals of the first Road To Essaouira show and additional drums and synthesizers.

Thanks to everyone who has supported the Road To Essaouira project. Insha'Allah on s'en sortira bien.

Bandcamp Daily  your guide to the world of Bandcamp